"The opportunity has come for them (women) to lift up their heads, and the authority of the husband is getting shakier every day."
-Little Red Book by Mao Zedong
The Little Red Book is excerpts from Mao's speeches and writings and was published between the years 1964 to 1976. Many of these advocate for women's rights.
"A man in China is usually subjected to the domination of three systems of authority [political authority, clan authority and religious authority]. . . . As for women, in addition to being dominated by these three systems of authority, they are also dominated by the men (the authority of the husband)."
-"Report on the Investigation of the Peasant Movement in Hunan," Little Red Book by Mao Zedong

"... to help the youth and women to organize in order to participate on an equal footing in all work useful to the war effort and to social progress, ensure freedom of marriage and equality as between men and women, and give young people and children a useful education..."
-"On Coalition Government", Little Red Book by Mao Zedong
Mao speaks about how the nation would only have half it's potential, if it only let half of the people get an education. Therefore women should be educated, and get jobs to improve the nation. 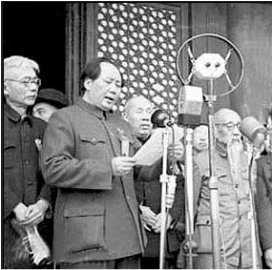 "Unite and take part in production and political activity to improve the economic and political status of women."
- Inscription for the magazine, Women of New China, Little Red Book by Mao Zedong
In the Little Red Book, Mao, advocates for China to change social hierarchy of genders and the inequality that Chinese women experienced. 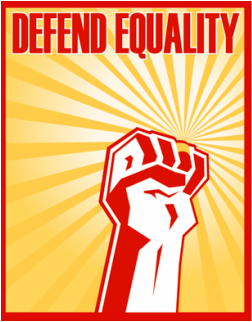