"Political power grows out of the barrel of a gun."
-Mao Zedong

It was a long road for Mao to become the leader of the Communist Party and for People's Republic of China to be established. Overcoming these obstacles, and become the party leader allowed Mao to make his feminist reforms. 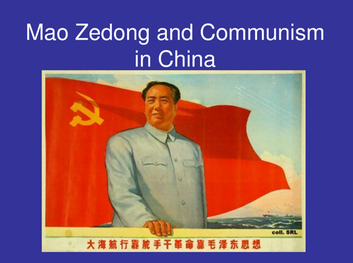